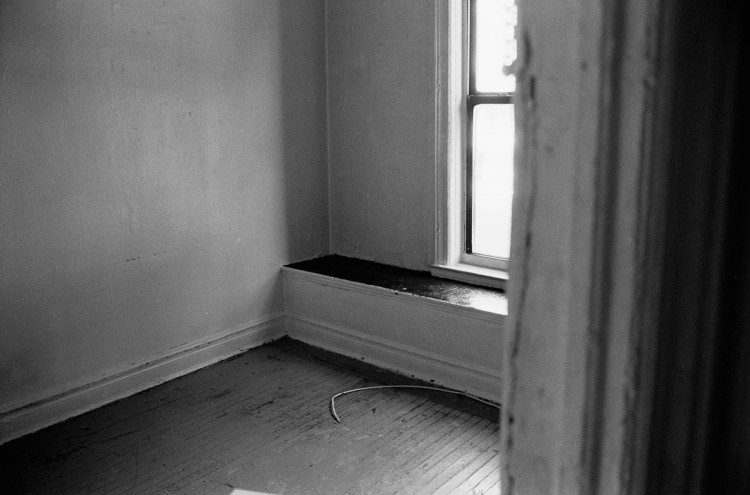 About 15 years ago, more or less, since I have a poor sense of time, I returned several times to the area on University Avenue in the Bronx where I lived until I was 13.

This was my room. It was on the first floor of a five story building. Like everyone says, you can’t go home again, and after having flashbacks of my last night there, who wants to?

I’m sure that a lot of you have warm, fuzzy feelings about your old rooms, but I’m not among you.

My bed was by the window.  Off to the right, down a hallway was a library filled with books.  My father was either going to school or just collecting professional journals and if there’s one material that is near and dear to roaches, it’s paper.

Aaron, that’s my father’s Christian name (do you have a Christian name if you’re Jewish) had spent the entire day shaking roaches out from hundreds of books.  We were all determined not to bring a single insect into our next domicile on 208th street.

Which meant that they were crawling all over me that last night.  As I lay by the window looking out at University Avenue, a wide boulevard, probably modeled after some French street, I was wearing a sweatshirt with the hood up to keep the buggers out of my hair, and was covered from head to toe, unable to sleep.

Every once in a while I got out of bed and spilt borax acid on the floor and wallboards.  I think this was seen as ski season for the ants, roaches, and other insects that they say will probably outlive mankind.

You could see their tiny dotted tracks in the white powder, and I believe a few of them were sliding through it.

The room, of course looked tiny, because now I’m six feet and back then I was puny.

More later.  Sign up somewhere if you  want to read new posts.

I tried to get my old friend George Rothe to comment on this post with memories, but he put them in FB chat.  I copied the appropriate ones below in the comments.

Dad in hot tub.  We used to celebrate dad’s birthday (really his idea) by gathering at a hotel about a half hour north of NYC.

This shot was taken on some sort of black and white film. I have no idea where the idea to color it came from, but it wasn’t some automated process.  I had a tablet, and had created a palette and essentially sat with my eyes closed and tried to remember what color things were.

It’s essentially hand colored the way they did it in the old days.  And this one frame probably took a week until I got bored and left some of the background b&w.

Back in the day, with movies like Napoleon, they hand-colored thousands of frames. Mind boggling.